While software development frameworks make developing software faster and easier than ever, pre-deployment testing gets more and more complex by the day. Over the past decade, Testlio has grown exponentially and positioned itself as an “Elance for Software Testing.” In addition to its own team of 150 or so, the company now commands an army of 10,000+ vetted freelance testers across 150 countries around the world. The round of fundraising enables the company to double down on its own software platform for software testing management and further shore up its sales and operations.

“We work with companies that produce digital products. That includes companies like Amazon, American Express, Fox, Microsoft, Netflix, the NBA, SAP, ViacomCBS and many more. We work with some really, really big companies, and we’ve become an extended part of their quality organization,” says Steve Semelsberger, who joined Testlio as its CEO back in 2018. “We also have offerings that are tuned for early-stage companies, who may have recently raised a Series A round and are looking to better scale their testing and quality capabilities.”

The company today announced that it has closed $12 million in Series B financing. The round was led by Spring Lake Equity Partners and was oversubscribed. It included participation from Series A co-leads Altos Ventures and Vertex Ventures US. With the round, Jeff Williams, partner at Spring Lake Equity Partners, joins the Testlio board of directors.

The company wouldn’t give a precise valuation, but Semelsberger suggests that the valuation for its series B was north of $100 million. 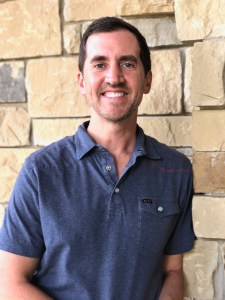 “We’ve been profitable for 10 quarters, and actually had 75% of our cash from the Series A round,” explains Semelsberger, who highlights that the company is aiming to invest heavily in R&D for a while to focus on rapid growth. “A lot of Series B rounds now are really big, and I would consider a $12 million round relatively small. Our strategy here is to keep the total capital into the company less than our revenue run rate. It’s an interesting way to look at fundraising. But we think this Series B raised can take us, possibly as far as we need to go.”

Testlio has exceeded a $20 million annualized revenue run rate this year after previously raising only $7.5 million in seed and Series A capital. The company has increased revenue by 50% and employees by nearly 100% year-over-year.

The company makes the case that demand for a more impactful approach to software testing has skyrocketed with the unprecedented proliferation of digital technologies, and that product and engineering teams are under pressure to increase development velocity and deliver exceptionally high-quality user experiences.

As part of the fund-raise, the company carved out a significant pay-out to its existing employees.

“Twenty-five percent of the round will go — or has already gone — to our employees. We decided to allow anybody who had been with us for more than three years to sell a minority part of their vested equity,” explains Semelsberger. Of course, with the fresh $12 million hitting the bank account, the company is about to go on a hiring spree, and distributing some equity to its existing staff may prove to be a shrewd investment as a recruiting tool. “The idea came from experiences that a number of us have had, where sometimes it does take a while for a company — especially a company that is as intentional as ours — to reach liquidity. The way we implemented this is that employees who had been with us for more than three years were able to sell up to 19% of their vested options. The idea was that this would reward people who had been here for a while and also show others who have just joined that Testlio, that the equity is really worth something.”

In addition to hiring and building out the sales org, the company is planning to invest in its own platform, designed to make complex testing processes easier to manage and resource. The platform is a SaaS solution that enables Testlio’s customers to receive burstable and efficient testing experiences powered by “an optimized mix of humans and machines.”

“We’ve built a testing management platform. Today, our platform team consists of about 50 people, which includes product managers, product designers, designers, engineers, AI, ML, data scientists and so forth,” explains Semelsberger. “That team has created a system that manages the workflow of testing itself: test-case test definition, integration between manual and automated testing, and it’s also very much a logistics management system.”

“Testlio is exactly the kind of company that Spring Lake Equity Partners loves to work with: growing, capital-efficient, innovating effectively and in the middle of a massive market,” said Jeff Williams, partner at Spring Lake Equity Partners. “We’ve been impressed by the Testlio team over the last two years that we’ve gotten to know them and we’re bullish for what’s ahead.”