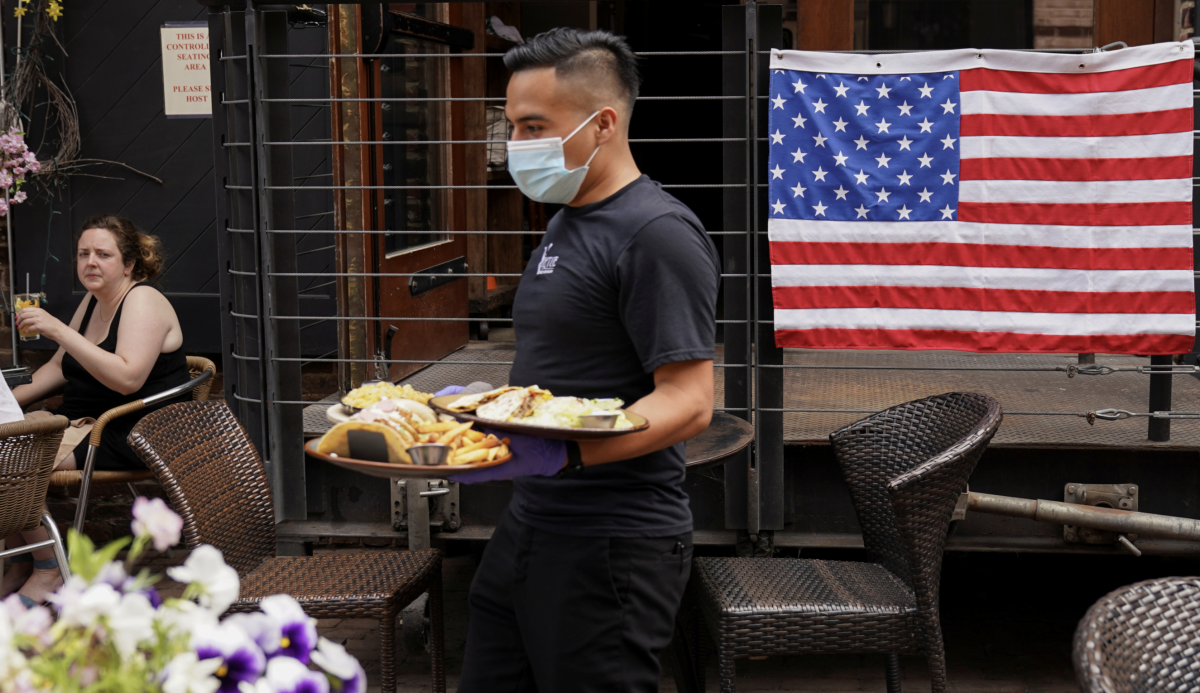 On Wednesday, we learned that U.S. employers had a staggering 11.0 million job openings¹ in October, up from 10.6 million in the prior month.

I can think of 11 reasons why these jobs are going unfilled. Paul Donovan, chief economist of UBS Global Wealth Management, highlighted one that I think needs more attention: the decline in multiple jobholders.²

Donovan suggested to me that the increase in openings could be explained somewhat by rising wages, which is enabling those who were previously working multiple jobs to get by on just one.

As of November, there were 7.1 million multiple jobholders. This is down from the pre-pandemic level of 8.1 million in February 2020, and it hasn’t moved much in the past six months.

“The rise in pay for low-wage jobs and the ability of workers to work one instead of multiple jobs is welcome news,” Diane Swonk, chief economist at GrantThornton, wrote in a post on Dec. 3. “One client, who raised wages for its lowest wage workers in recent months, told me of the letters of relief and gratitude women in particular sent them; they were elated to be able to work one instead of two jobs to make ends meet.“

The existence of multiple jobholders makes for some fascinating dynamics in the labor market. It makes for a scenario where someone could quit a job, not get a new job, and yet still be employed while yielding a job opening. Similarly, someone could take an additional job, which would eliminate a job opening as the unemployment rate goes unchanged.

While wage increases tend to be permanent, there are a handful of other factors at play that are more temporary in nature.

“The decline in multiple jobholders is a manifestation of a number of trends we’ve seen in the labor over the past year,” Sarah House, senior economist at Wells Fargo, told me in an email.

Among other things, House pointed to “greater fiscal support that has allowed workers to step back from the labor market to varying extents” and “health and care constraints that have limited the hours of some workers.

For example, if you previously had a day shift at a call center operator and a night shift at a fast food counter, then maybe you just quit the fast food job because you’re afraid of getting sick or you still have some stimulus money to help pay the bills.

But if your decision to cut back on jobs wasn’t driven by better wages, then your bank account is going to look like a countdown clock to when you have to seek out that additional job.

Pablo Villanueva, senior U.S. economist at UBS, noted to me that people in lower-wealth demographic categories were not able to save as much extra money during the pandemic as their wealthier counterparts. As savings dwindle for these folks, those who had cut back on work are likely to increasingly be looking for additional work.

The multiple jobholders metric will be an interesting one to watch as it may speak to the efficacy of the ongoing wage increases.

📉📈 Stock market roller coaster: The S&P 500 gained 3.8% last week to close at a record-high 4712.02. It was the best week since February. It’s been a wild couple of days in the markets. Before the recent rebound, the S&P had initially fallen from 4,701.46 on Nov. 24 to as low as 4,495.12 on Dec. 3. as Omicron-related headlines emerged and fueled selling. It’s been a lesson in the perils of dumping stocks amid volatility. For more on what drives market volatility, read this.

👍 Unemployment lines are getting shorter: The number of American workers filing initial claims for unemployment benefits fell to 184,000 during the week ending December 4, 2021, the lowest reading since September 6, 1969. More evidence of an improving labor market.

🎈Inflation is still hot: The consumer price index rose by 0.8% month-over-month in November. This reflects a 6.8% increase from a year ago, the biggest annual jump since June 1982. There’s a lot of details and nuance in the report, but the bottom line is that prices continue to be hot. As Jim O’Sullivan, chief U.S. macro strategist at TD Securities, wrote in a note to clients: “In short, largely as expected, but quite strong nonetheless. The data add to the case for Fed officials to turn more hawkish at the FOMC meeting next week.“ More on the FOMC below…

😤 Consumers are upset about inflation: According to the University of Michigan’s latest survey of consumers, consumer sentiment improved slightly in December from November. However, inflation continues to weigh on consumers. In fact, according to the survey’s chief economist Richard Curtin: “When directly asked whether inflation or unemployment was the more serious problem facing the nation, 76% selected inflation while just 21% selected unemployment (the balance reported the problems were equal or they couldn’t choose).“

📈 The economy is roaring: According to the Atlanta Fed’s GDPNow measure, real GDP in Q4 is growing at an 8.7% annualized rate. This is considerably higher than the 3% average rate they told us about in Econ 101.

☕️ Starbucks workers vote to unionize: From the AP: “Starbucks workers at a store in Buffalo, New York, voted to unionize on Thursday, a first for the 50-year-old coffee retailer in the U.S. and the latest sign that the labor movement is stirring after decades of decline.”

🚴‍♀️ Peloton & The City: Shares of the stationary bike company fell 7% on Friday. I’m not saying one thing is related to the other, but a beloved character in the reboot of the popular show “Sex and the City” died after exercising on one. The major media outlets could find no other explanation for why the stock fell.

🥯 Cream cheese hack: On Dec. 4, the New York Times brought attention to what seemed to be a shortage of cream cheese in NYC. Bloomberg reporters dug deeper and found that it was tied to a cyber attack on Schreiber Foods in Wisconsin, one of the largest cheese manufacturers in the country.

🏛 Tighter monetary policy: The Federal Reserve’s governors and regional presidents meet on Tuesday and Wednesday for their regular monetary policy meeting. Thanks to continued robust job gains and above-average inflation, economists agree that the Fed is likely to announce it will accelerate the tapering of its quantitative easing program.

🤙 The rest of December could be good: LPL Financial’s Ryan Detrick looked at 70 years of stock market history and found that the second half of December tends to be much stronger than the first half.

📆 Earnings season preview: FedEx kicks of the “early reporters.” These are the companies whose quarters ended in November. Because their financial results include the October and November months, these companies are thought to offer a preview of Q4 earnings season, which begins in about a month.

¹ The official l definition of a job openings: “JOLTS defines Job Openings as all positions that are open (not filled) on the last business day of the month. A job is “open” only if it meets all three of the following conditions: 1) A specific position exists and there is work available for that position. The position can be full-time or part-time, and it can be permanent, short-term, or seasonal, and 2) The job could start within 30 days, whether or not the establishment finds a suitable candidate during that time, and 3) There is active recruiting for workers from outside the establishment location that has the opening.“

Read the latest financial and business news from Yahoo Finance