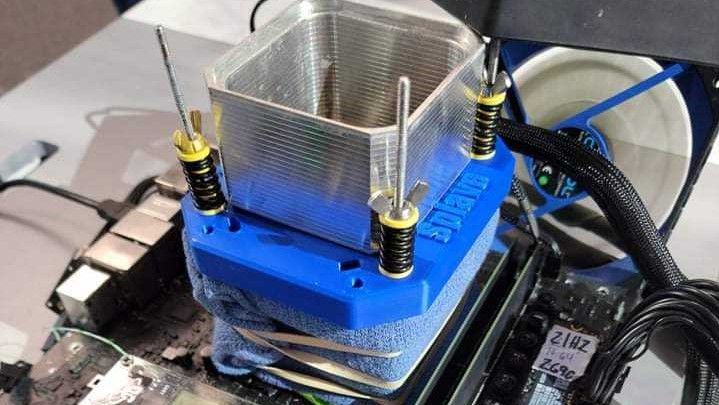 Splave set the new single-and multi-core (16-core) Geekbench 4 and Geekbench 5 world records with the Core i9-12900K at 6.8 GHz/5.3 GHz. For XTU 2.0, however, he had to drop the Golden Cove cores down to 6.7 GHz to achieve enough stability to finish the benchmark run.